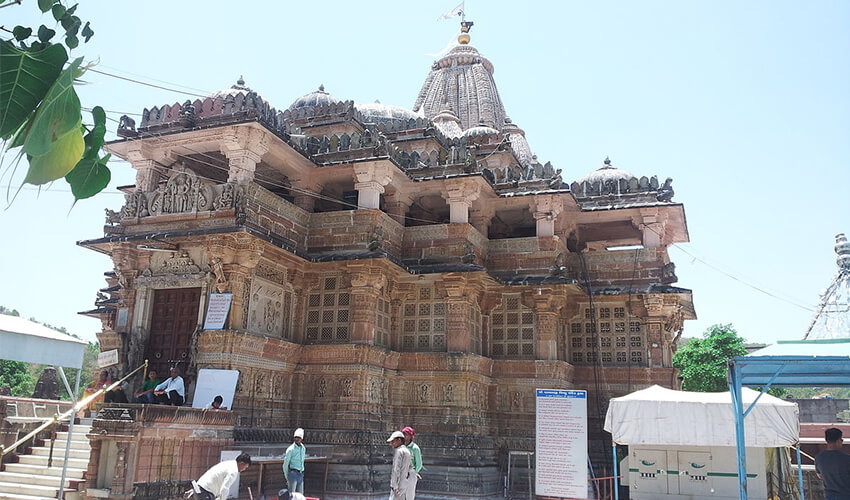 There is a small shrine on the way from the Shamlaji Temple to the Meshwo river, where an image of a standing Ganesha idol from the late-Gupta period is still worshiped.

The temple at Harishchandra ni chori probably dates to the 10th century A.D. It has a rectangular sanctum with a large pavilion in front. The whole structure is enclosed within the courtyard. The walls of this courtyard have fallen down but the ornamental gateway (torana) still stands.

Numerous temples in ruins, ancient brick-work and scattered idols found at Shamlaji show that since ancient times it has been a popular and important center of pilgrimage on the highway between Gujarat and Rajasthan. Devni Mori, a place about two kms from Shamlaji, is having remains of a Buddhist monastery from around 3rd-4th century AD. The stupa which is considered as a sharir stupa, has proved the presence of Buddhists in Vadnagar. Excavating of the stupa brought to light an inscribed casket which contained relics of Buddha. It is quite clear that the bodily relics of Buddha in the casket.

Being a place of pilgrimage established at a picturesque spot, there are several other ancient shrines scattered all over this place. Amongst them is the small temple of Trilokeshwer just opposite Shamlaji has a beautiful and unusual idol of Shiva with the trident. The Kashi-Vishwanath Mahadev is a simple but ancient temple, which is about seven feet below the ground level. The temple of Ranchhodji, is on the opposite bank. There is also the tomb of Navgaja Pir, a maulvi (muslim cleric) close by visited by many Adivasis.

Remains of shrines of different religions show that the whole area round about Shamlaji was once not only prosperous but an important center of civilization and culture.