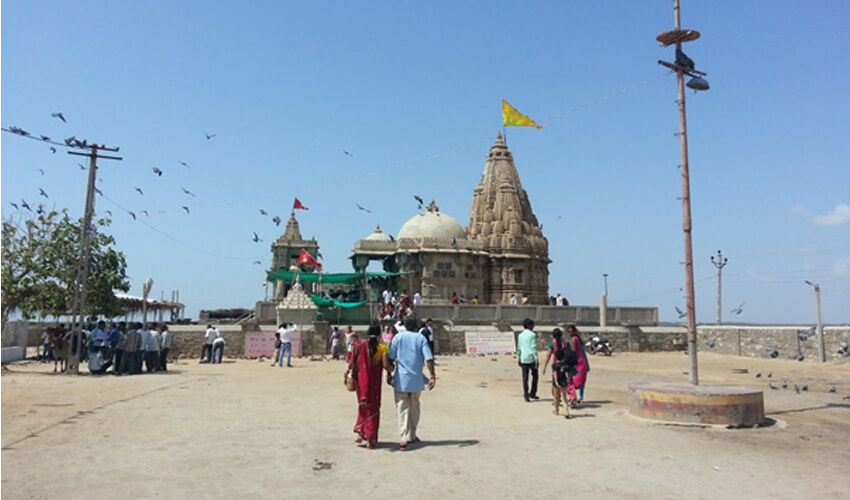 Bet Dwarka is believed to have been the actual residential place of Lord Krishna during his ruling years at Dwarka. It is said the lord resided with his family at Bet Dwarka. The place derived its name from the ‘bet’ or ‘gift’ that Lord Krishna received at this place from his friend Sudama. In our ancient epic, ‘Mahabharata’ we often come across the reference of Bet Dwarka known by the name of ‘Antardvipa’ to which people of the Yadava clan needed to travel by boat. The island is also differently referred to Shankhodhar. The reason is that it is dotted with a huge number and variety of conch shells. Explorations and excavations carried out under the sea revealed the presence of certain settlements whose age can be traced back to the era of the Harappan civilization and that of the Mauryan rule. Inscription of Simhaditya dated 574AD also makes a mention of Dwarka. The region was previously under the administration of the Gaekwad clan of the state of Baroda. During the revolt of 1857, Vaghers attacked the region and captured it. Around 1859 the rebels were overthrown and the region was retrieved by its actual rulers. Post independence, the region became part of the Saurashtra state which later merged with the state of Bombay. When the state of Gujarat was carved out of the Bombay state, Bet Dwarka was included as part of Gujarat’s Jamnagar district.