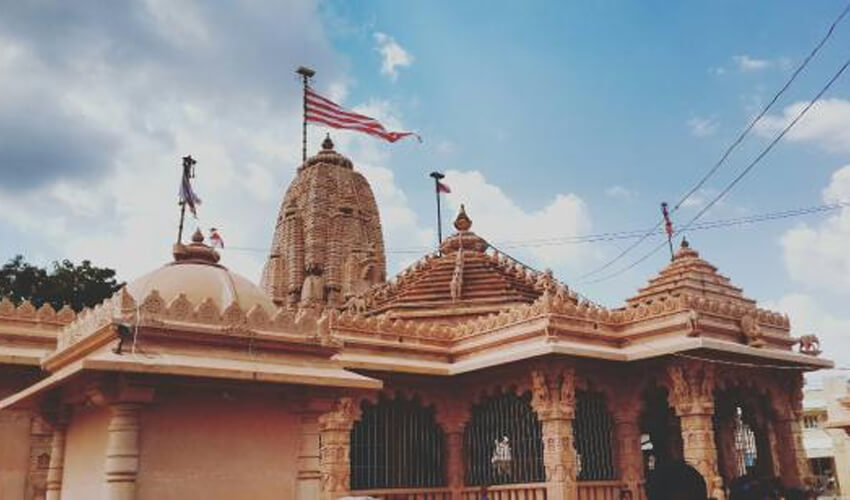 Ashapura Mata Temple, a 14th-century temple, is dedicated to the chief deity of Jadeja Rajputs, Ashapura Mata. The temple was commissioned under the rule of Jadeja dynasty and was constructed by two Karad Vanias- Ajo and Anagor. Ashapura Devi Maa, an incarnation of Annapoorna devi, is popular amongst her devotees as she fulfills desires and wishes of people who pray to her in need. In Gujarat, many other communities worship her as a kuldevi.

Origin of the shrine is stepped in antiquity. One can see the references of Ashapura Devi Maa in the Puranas, Rudrayamal Tantra and so on which are all said to point to this shrine in Kutch. As such there are no ancient records that give any indications of the beginning of worship at this temple but it firmly stands out that the deity was very much there in the 9th century AD when Samma clan, Rajputs of Singh region, first entered the north-west Kutch. Later, more communities started following and eventually established them in the region.

Over centuries, the temple has suffered severe damages due to earthquakes, first times in 1819 and the second time in 2001. The current structure of the temples is designed by two Brahmakshatriyas-Sundarji Shivji and Mehta Vallabhaji. Inside the temple, one can see a six feet high red-painted stone statue of Ashapura Mata. People of many communities gather at the temples for her ‘darshan’ all the year round, particularly during the ‘chaitra’, and in greater numbers during the ‘ashvin’ Navratri. During the festival, puja is performed on a large scale; everyone from erstwhile rulers to locals takes an active participation in the festival.