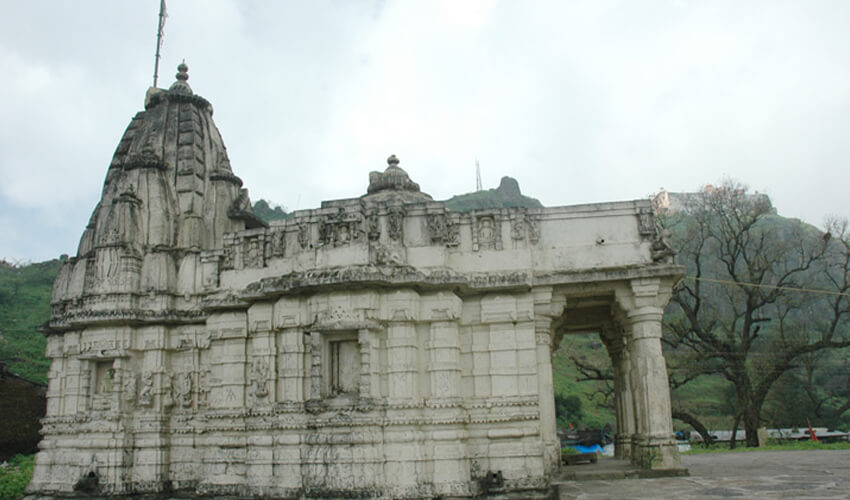 At the summit of Pavagadh hill, 762 m above sea level, is the temple to Mother Kali, which is the oldest in the area, dating from the 10th-11th centuries. Hindu pilgrims were coming to visit this temple from long before the development of Champaner as a major city, and they continued for hundreds of years after its decline, right up to the present day. To reach the temple at the summit is about a 5 km walk along a jungle footpath to the top of the hill; otherwise, there is a cable car which will haul you to the summit from about the midway point, which is the last place accessible by road. The temple has large fortifications and an open chowk in front, with two altars for sacrifices, and an array of lights for special occasions. The idol of Kalika Mata in the inner sanctum is only the head, the mukhwato, painted in red. Also present are full idols of Mahakali and the yantras of Bahuchara.

The temple is open from very early to quite late, to accomodate pilgrims arriving at all hours. The Machi Haveli is a rest house available for pilgrims.