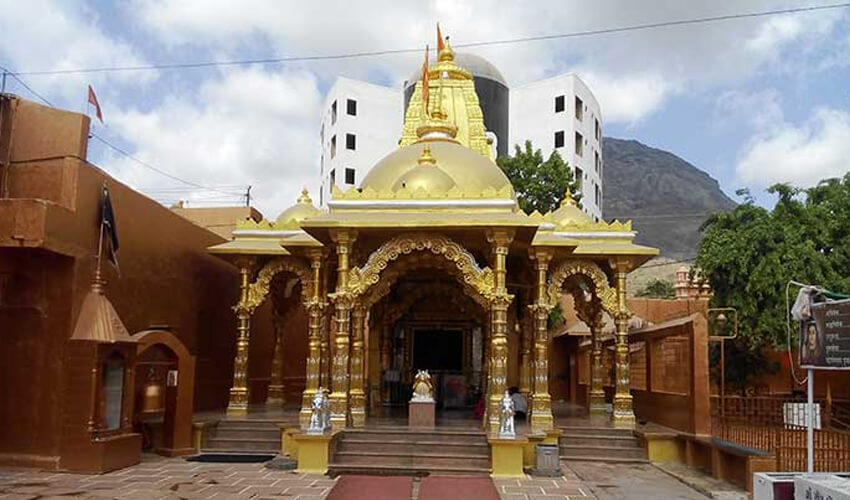 Bhavnath is a small village in the Junagadh district of Gujarat, India. It sits near the Girnar mountain range, close to Girnar Taleti, the place from where pilgrims have to ascend on foot to get to temples on Girnar hills.

The Bhavnath Mahadev temple is a shrine ensconced in myths and legends of the Puranic era, at the base of Mount Girnar in Bhavnath village. The Shiva ling here is said to have emerged of its own divine intention. Reportedly, when Shiva and Parvati were traveling over the Girnar Hills their divine garment fell over the present Mrigi Kund, making this place an auspicious site for lord Shiva worshipers. Even today, the naga bavas  bathe in the holy Mrigi Kund before joining the Mahashivaratri procession. The fair itself is so ancient that its precise origins are unknown.

The Bhavnath fair is a five-day occasion in Magha month of Hindu calendar, in the month of February-March, culminating with the most auspicious worship of God Shiva, at midnight of Maha Shivaratri, which is thronged by hundreds of Naga Sadhus of Dashanami Sampradaya, taking dip at Mrugi kund (tank) and offering their prayers at the temple. People believe that God Shiva himself visits the shrine here on this holiest day. Devotees go around the holy hills of Girnar, before the fair. Lakhs of pilgrims from Mewar, Kutch and Gujarat visit the temple at this time, as also foreign tourists, enchanted by the rosaries and sacred statues sold on stalls, by sellers from far Ayodhya and Mathura and elsewhere, and not to miss display of the Naga sadhus’ Hatha yoga and such occult practices. The whole place resounds with music and blowing of auspicious conch shells, tungis, and turis, with the Naga Sadhus on their elephants, holding Hindu religious flags in their hands, preceded by a decorated statue of Lord Dattatreya, in a palanquin.

In Karthik month of Hindu calendar which generally falls in month of October-November, a day after Vijaydashami for a period of five days concluding on the full-moon day, ” Girnar lili Parikrama” is held after hoisting of Dhaja on Bhavnath temple. The parikrama or circular travel on foot covers a distance of about 36 km around the Girnar Mountains, through wilderness of reserve forest area and a rugged terrain along several ancient temples and other sacred places – it goes from Bhavnath Temple to Jina Bawa Ni Madhi, Hanuman Dhara, Malvela, Bordevi and return to Bhavnath Temple. It is compared to the Lili Parikrama of Govardhan mountain in Vraj [vrindavan]. Parikram is believed to be pious because it is believed that Lord Dattatrey himself descends down to Earth and stays here these five days to bless his devotees. For the nature lovers, it is an excursion which brings one in direct contact with nature and nature’s hidden treasure.