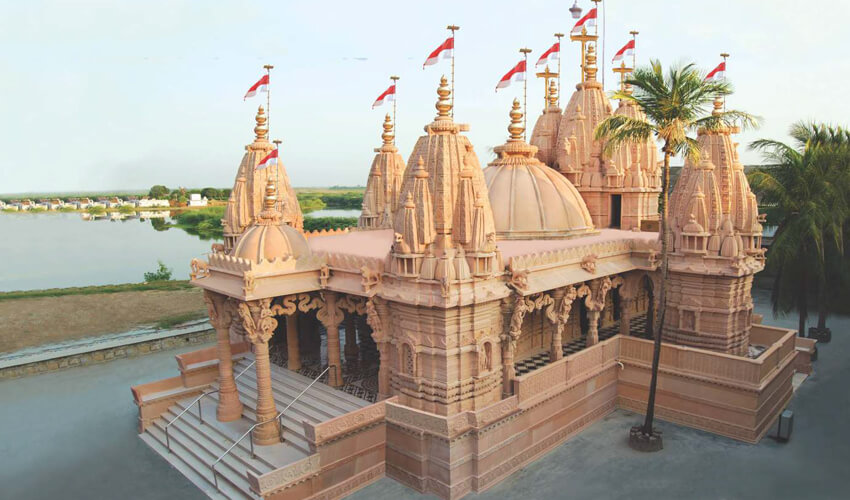 Dholera itself is an ancient port-city, 30 k.m. away from Dhandhuka of Ahmedabad district.

The making this temple with three domes was supervised and planned by Nishkulanand Swami, Atmanand Swami, Akshardanand Swami and Dharmprasad Swami.

Shree Swaminarayan Bhagwan graced Dholera on the request from Punjabhai and other devotees, and on May 19th, 1826 and installed the idols of Madan Mohan Dev and his own form Harikrishna Maharaj at the principal seat of the temple and invoked Gods amidst Vedic hymns.

Besides the Gods in the inner temple and sanctum sanctorum, Hanuman and Ganapati grace Roop Chowki near the main stairway of the temple. On the west, near the steps, there are the idols of Sheshashayi, Suryanarayan, Dharm-Bhakti and Ghanshyam Maharaj. The idols of Shankar and Parvati are on the right hand side.