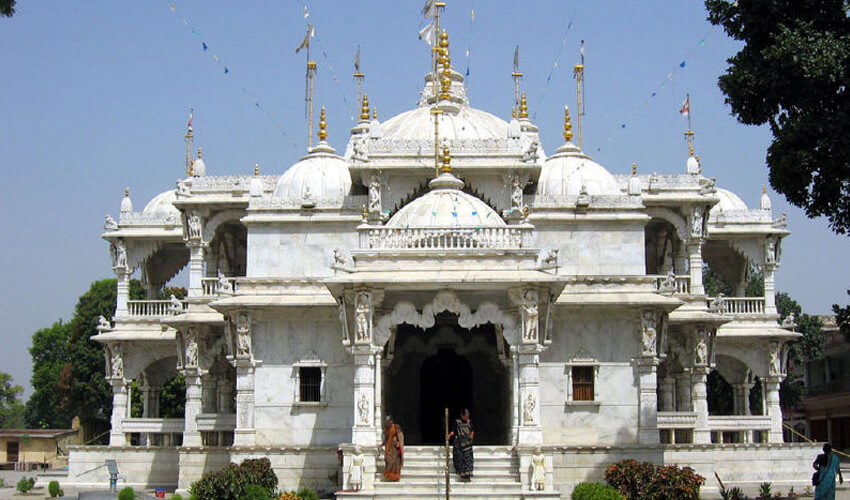 In this land known as ‘Bharat (India)’, during Kaliyuj, the evil and arson ruled the society creating tyranny and distrust amongst people. While the rulers were busy in their political conflicts, the people suffered economically, socially and religiously.

In a congregation of Maryadik Rushi Uddavji Dharmadev and Bhaktimata at Badrikashram under the auspices of Bhagwan Narnarayan Dev a concern was shown about the situation on the earth. Rushi Durwasa from the ranges of mountain Kailash came there and shunned all present that as they have insulted him therefore shall take on to the human form and suffer at the hands of evil.

Whereupon Dharma Dev and Bhakti mata politely calmed the Rushi and whereupon declaring the irreversibility of the showing of Rushi Durvasa clerified that Dharma Dev will be born to Bhakti mata in a Brahmin family and will release all of them and will also protect them against the evil.

Narayan Rushi clarified that this was due to his wishes and that He will be born as a saviour of religion and shall eradicate the evil. Thus an era began with the birth of Ghanshyam – who had taken births in various forms to eradicate the evil and protect the religion, in s.s. 1837 on ninth day of chitra. There are legends argociated with the child hood at Chappiya in Maknapur Taluka of Gonda District, at a distance of 40 k.m. from Ayodhya, one of the nine ancient legendary places of the sub continent.