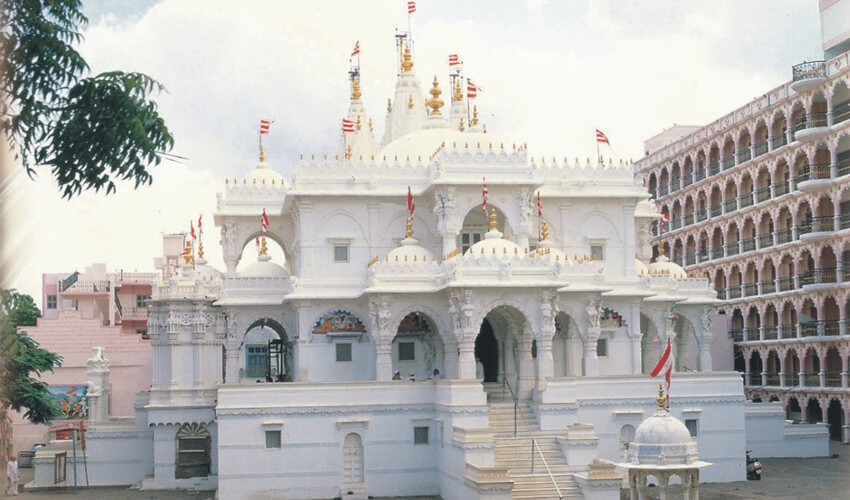 This temple is one of six temples which was made under the supervision of swaminarayan. The land for constructing this temple in Gadhada, was donated by the court of Dada Khachar in Gadhada. Dada Khachar and his family were devotees of Swaminarayan. The temple was made in the courtyard of his own residence. The temple work was planned and executed directly under the consultation and guidance of Swaminarayan. Swaminarayan supervised the construction and also helped with the manual service in the construction of the temple, by lifting stones and mortar. This shrine has two stories and three domes. It is adorned with carvings. The temple is placed on a high plinth is a spacious square and has an assembly hall with large dharamshalas and kitchens for ascetics and pilgrims.

Swaminarayan had installed the idols in this temple on 9 October 1828. Gopinath and Harikrishna in the middle shrine, Dharma and Bhakti and Vasudeva on the western shrine and Revti-Baldevji, Shri Krishna and Suryanarayan in the eastern shrine. The idol of harikrushna has physique as same as lord Swaminarayan.